Helen is orchestrating the hired help for Giselle’s daughter’s wedding. The Band-Aid on her hand conceals the evidence of her afternoon at the skatepark. If Giselle and the other ladies of Poppy Grove knew about her underground hobby, she would be banned for life as a socialite and head organizer of events for high society. Daniel wouldn’t mind. He thinks she should be spending more time at home with the kids anyway. He doesn’t understand her desire to be productive within the community.

Helen brushes her perfectly groomed, platinum blonde hair behind her ear as she reminisces about Mark, her high school sweetheart. She has thought about him every day since they broke up. Daniel is nice and all, but she only chose him for the money, a decision she deeply regrets. What would have been with Mark?

“Oh, I see you chose copper…again…for the plate chargers.”

Helen can tell by Mary Ann’s comment that she is not pleased with the repeat color palette. Can these women ever be pleased? She was just trying to be cost-efficient and use what they already had. Plus, Helen does all the work, but these women don’t have budgets and she is at her wit’s end. She wants to be free. She wants to be skateboarding while the kids are in school. She wants Mark.

What would Kylee and Ethan look like if Mark were their father, she wonders? But Daniel couldn’t survive without her, he’s too unorganized.

“What do you think about having another baby?”

Helen’s blood runs cold. He can’t be serious. Is he serious?

“Of course. Ethan is 8 now and you just turned 40, if we are going to have another child, we should do it now.”

Helen must think fast. If she has a baby, how can she escape to the skatepark when the kids are at school? How can she organize Poppy Grove’s events? How-

“Wait a minute. Are you suggesting that we have another child because you want me to spend more time at home? There are other ways than to bring an unwanted child into the world.”

Shit, she didn’t mean to be so direct but it’s too late to take back her words.

“I just mean, we have never talked about having another child and with Ethan being 8 and Kylee 10, I don’t want the responsibility of a baby all over again.”

Helen thinks to herself, also I want out of this lifeless marriage so I can start a life with Mark and a baby would ruin that. Maybe she can distract him with another idea.

“How about we get a dog instead?”

“A dog?! Do you know how much damage dogs cause? After all of the money we have spent redecorating this house?”

Helen knows all he cares about is money, but she can’t take this anymore.

“Do you know how much cat’s shed? And scratch? And don’t get me started on the litterbox.”

But he wants a child that will cost more than a cat or dog ever will and will draw on the walls, spill food and scratch his precious floor!

“Listen, I just want you spending more time at home. If you don’t want another child, fine, but you have to quit the Poppy Grove society events, or else.”

“Or else I will force you to.”

Mark would never threaten her, Mark always accepted her for who she was. Helen wants out of this prison.

It’s December 2001 and Helen just got laid off from her job as an investment banker because the firm was affected by the terrorist attacks. Mark got called away in the reserves, but it looks like he will be gone for a while. Helen is out of money and lonely. She met Daniel at the local running club, and they have been running together. He is handsome and just took over his dad’s construction company, which might suffer in the short term, but the family is loaded, and he is secure. The nights are lonely without Mark and Daniel is the emotional fulfillment she needs.

And Daniel needs a wife. All his dad’s wealthy friend’s kids have trophy wives already. Where is he going to find a beautiful woman to marry?

Helen. He has been running with her for a month now. She’s beautiful and her body is amazing. She will produce picture-perfect babies. He knows she is hung up on Mark but who knows how long he is going to be gone. If he makes his move now, he can take advantage of her financially and emotionally vulnerable situation.

Helen is caught off guard by Daniel asking her on a date and the ensuing whirlwind romance. But she needs the money and has been starting to feel abandoned by Mark now that their correspondence is less frequent. When Daniel proposes, she accepts and breaks up with Mark over text. She never hears from Mark again.

After the wedding, Daniel’s demeanor changes. He is controlling about her appearances, how she dresses, her manners, even who she is friends with. He is her only source of income, so she goes along with it.

“You can’t leave me. I made you sign a prenup. You will be broke without me.”

“If you don’t let me leave with money, I will tell everybody that Kylee is your father’s child, not yours!”

Daniel’s dagger eyes dig deeper. They seem to be at a stalemate, and then he speaks up.

“If you do that, I will make certain that you disappear without a trace and are never found again.”

Helen is paralyzed. She knew Daniel was cold but not this cold. What’s better, getting out of this life or being dead?

“Deal. So where do we start? You want me to walk out of here with no money? Or should I start the Poppy Grove gossip line right now?”

“I don’t think you have the courage to leave me.”

Helen is doubting her courage, but she is the queen of organization and has been planning this for almost a year now. All she must do is take action. And that is going to require every ounce of courage she has.

“Why are you and Daddy arguing?”

Little does he know that she will be waking him up after Daniel goes to work to make their escape.

Helen walks to the study and sends a text to Mark.

Helen ran into Mark about a year ago. He is the one who introduced her to the skatepark. He forgave her for the breakup and that was the beginning of their love affair. The only way to get Daniel out of the picture without drama is for Mark to make Daniel disappear forever, in the clean way that he learned from 15 years in the Army.

Helen was hoping that it wouldn’t come to this. She wanted things to end peacefully. But this way, she can keep the money. The plan will not take place until tomorrow so Helen takes her dutiful place by Daniel in their bed.

She awakes and Daniel is gone. He must have left for work early. But his phone and keys are still on the kitchen island. Did Mark change the plan?

Regret fills Helen’s heart. Killing Daniel was not the only way out. What is she doing?

She checks her phone. There is a text from Mark.

“Done. No need to wait for me. This is the revenge I have been looking forward to for the past 20 years.
P.S. I sabotaged the fruit for your friend’s daughter’s wedding tomorrow. Now, you are truly disgraced.” 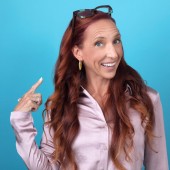